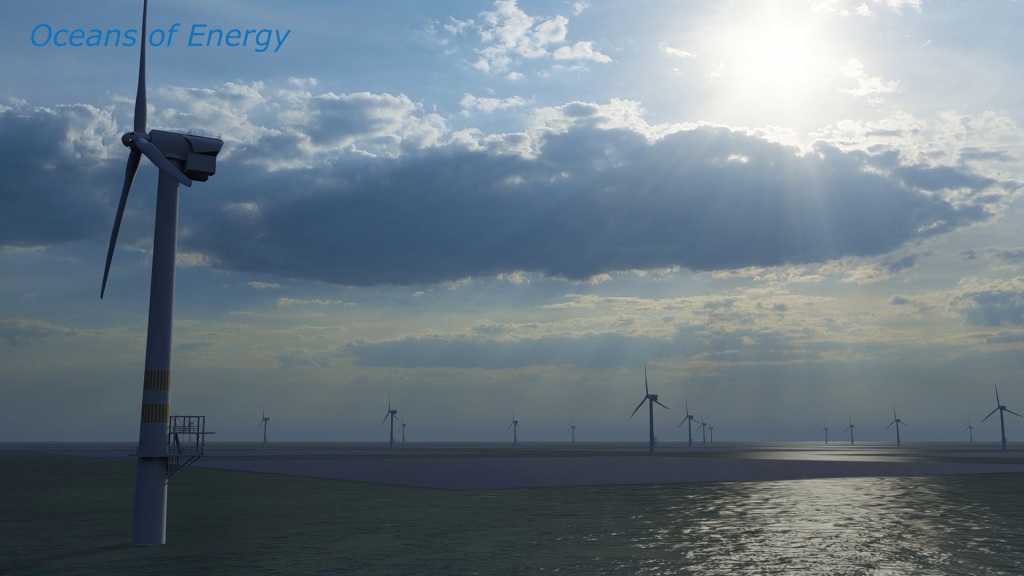 The current global annual electricity consumption is about 21,000 TWh and is predicted to double by 2050, with a growing population and GDP. Efficient and effective use of offshore renewables is pivotal in the EU’s transition towards an economy with net-zero greenhouse gas emissions by 2050. To accomplish this, the EU set clear targets to reach 230-440GW and 40GW installed capacity of offshore wind and ocean energy by 2050, respectively.

Kicking off in September 2021, the project partners will jointly build on two highly comprehensive and impactful demonstrations: (1) A 3MW offshore solar PV system by Oceans of Energy off the Belgian coast co-located with a bottom fixed windfarm and; (2) A 1.2MW wave energy array by CorPower Ocean in Portugal co-located with a floating wind farm.

The demonstrations in EU-SCORES aim to showcase the benefits of continuous power output by harnessing complementary power sources including wind, sun and waves. This hybrid approach will create a more resilient and stable power system, higher capacity factors and a lower total cost per MWh. Major project developers and utility companies will further strengthen demonstration efforts, paving the way for future large-scale commercialisation of these innovative parks.

The full-scale demonstrations are intended to prove how the increased power output and capacity installed per km2 will reduce the amount of marine space needed, thereby leaving more space for aquaculture, fisheries, shipping routes and environmentally protected zones. Additional benefits achieved by co-using critical electrical infrastructures and exploring advanced operation and maintenance methodologies supported by innovative autonomous systems should lower the costs per MWh. Moreover, the project demonstrations will support the stability and resilience of the European energy system, while considering sustainability, local stakeholders and existing ecosystems.

Allard van Hoeken, CEO of Oceans of Energy, said: “Building the first 3MW offshore solar farm in the world and connecting it with offshore wind is a great next step and builds very well on our experience of installing and operating the world’s first 50kW offshore solar farm system in high waves for almost two years. This European partnership is a real breakthrough for clean energy in coastal regions worldwide”.

Benjamin Lehner, Project Portfolio Manager DMEC: “For a successful energy transition we have to move fast without jeopardizing the reliability of our electricity grid. EU-SCORES can be a game changer doing so. The multi-use of offshore space presents a favorable business case with major potential to accelerate the transition, while the hybrid approach will enable more reliable electricity provision.”

Matthijs Soede, Senior Policy Officer at European Commission DG Research: “We have very high expectations from the EU-SCORES project, which perfectly fits with our aim to realise the Green Deal. They show great ambition by demonstrating different energy sources considering efficient use of the seas and their success will support the clean energy transition.”

About Oceans of Energy

Oceans of Energy is a Dutch company specializing in offshore solar energy, and the associated mooring technologies and environmental impact research. The company was founded in 2016 and since then has expanded to 30 employees. Oceans of Energy’s projects have been supported by RVO.nl, TKI Urban Energy, Interreg 2SEAS, Interreg North-West Europe, Horizon-2020, REACT EU, and the Province of Zuid-Holland. The company has raised EUR 15 million of funding and aims for a next investment round in 2022 for further scaling up.